November 27, 2016
The oldest underground fire in the world is within “Burning Mountain” a hill near New South Wales, Australia; it is estimated to be six-thousand-years old. Incredibly, “coal seam fires” are actually quite common, along with other subsurface fires. Hatred operates much like an underground fire and can last a lifetime. Sometimes it is fiery flame that all can see, but mostly it smolders just underneath the surface. Hatred is an insidious, destructive and dangerous intruder in the heart of a lover of God. I have both hated and been hated; it is evil and a game of fools. While avoiding the hatred of others is nearly impossible, as believers, we can be free from its internal harm or lasting effects through God’s forgiveness and mercy. Lord, purge my heart of hidden hatred and snuff out every ember.

Popular posts from this blog

January 02, 2020
“Do not follow the crowd in doing wrong. When you give testimony in a lawsuit, do not pervert justice by siding with the crowd,” Exodus 23:2NIV. Geese fly in formation so they can draft off each other to make flying easier. People do the same. We have a natural tendency to simply follow the herd; it is easier to go with the flow of whatever is popular, faddish or commonly admired. The steep price of a drift-along-lifestyle is the failure to find your divinely created purpose. We are carefully knitted together by the Creator for His specific calling for each of us. We can never rise to God’s best by going along with the crowd. I must continually find that sweet spot of being WITH the crowd but not OF the crowd. Lord, protect me from wandering aimlessly and help me keep my pace in cadence with Yours. Teach me to be comfortable in the gaggle but to be willing to fly at the front of the formation.
Post a Comment
Read more

March 08, 2020
“But you will receive power when the Holy Spirit has come upon you, and you will be my witnesses in Jerusalem and in all Judea and Samaria, and to the end of the earth,”Acts 1:8 ESV. Most people would like to make an impact on the world around them, but it seems so overwhelming. Is it really? An avalanche begins with the movement of one single object; your next move may be the ignition point of something amazing. Inspired ideas launched by passionate commitment and followed by steady advances can change the trajectory of your entire future. I’ve had the privilege of being around quite a few world changers over a lifetime. Some are truly natural stars, but frankly, most are amazingly ordinary; it is their stubborn relentlessness to make something special happen that is the difference. Jesus’ disciples were simple men and women that changed their world. His true disciples still are. Lord, in Your Mercy, move my heart that I may be used to move others.
Post a Comment
Read more

April 27, 2020
“For you have delivered my soul from death, my eyes from tears, my feet from stumbling,” Psalm 116:8 ESV. While raising our children we became quite accustomed to tears; each day offered many. Most of the tearful moments were a result of minor disappointments or injuries, but occasionally there was genuine heartache. While “the wailing show” was more easily dismissed, a single, silent tear poised on the cheek of a sorrowful little face was riveting. Everything else stopped while full household attention was given to that one anguished soul. It is the same with God and His children. Lord of All Comfort, one small teardrop of true repentance, one tiny tear of heartbreak, unleashes angels, archangels, and the whole company of heaven to my troubles. You turn my mourning into dancing and my tears of sorrow to tears of joy!
Post a Comment
Read more

daniel
Daniel Williams is the founder of multiple small and large international organizations with experience in a broad spectrum of leadership disciplines. He is an entrepreneurial executive with 45 years of non-profit work in over 80 nations 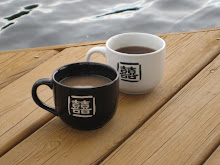